Breastfeeding by any means – why on earth?

Sociologists say: we live on a planet where the educated and the rich are breastfeeding, and the poor and uneducated give formula to their babies.

History of breastfeeding dates back to the era of pro-mammalian reptiles. Nature set a course – to protect the egg, which is laid in the external environment. The egg could dry, overheat, it could be eaten by predators. Caring reptiles carried their egg in the folds of their skin. In these folds, in all likelihood, there were prototypes of mammary glands, which moistened the egg with a bactericidal-moisturizing liquid. And the bactericidal function of these glands was very basic.

Later, evolution took two paths. There were placental mammals – those whose fetus began to develop inside the mother’s body, and marsupials – animals that are carrying their born highly preterm cub in a pouch. It turned out that from the point of view of evolution it is more productive to carry a cub with a mother than to lay eggs and work on the invention of a complex shell and amniotic fluid that we know in a hen’s egg as a protein. This wonderful solution proved additional benefits for mammals. Thanks to this evolutionary process, the dominant mammal, Homo Sapiens, has survived and is dominating up until now.

It is clear that when mother is forced to carry a baby inside her body out in the wilds, the probability of a mother’s survival is significantly reduced. It would seem an easy solution: when in danger, just put aside an egg and escape – it’s the easiest survival tactic. But from the evolution’s point of view, it was more advantageous to carry a large pregnant abdomen first, then to bear the cub on the mother’s body, to protect and to feed with her milk. It would seem that this reduces the potential for survival. But in fact, such sacrifice proved to be the most efficient strategy in the long-term.

It may be difficult to comprehend; however, life proves by an example of a mammalian class superiority, that the choice of altruism is more practical than momentary egoism.

Lactation and breastfeeding is the central strategy for the survival of mammals. This is what nature has set for itself. 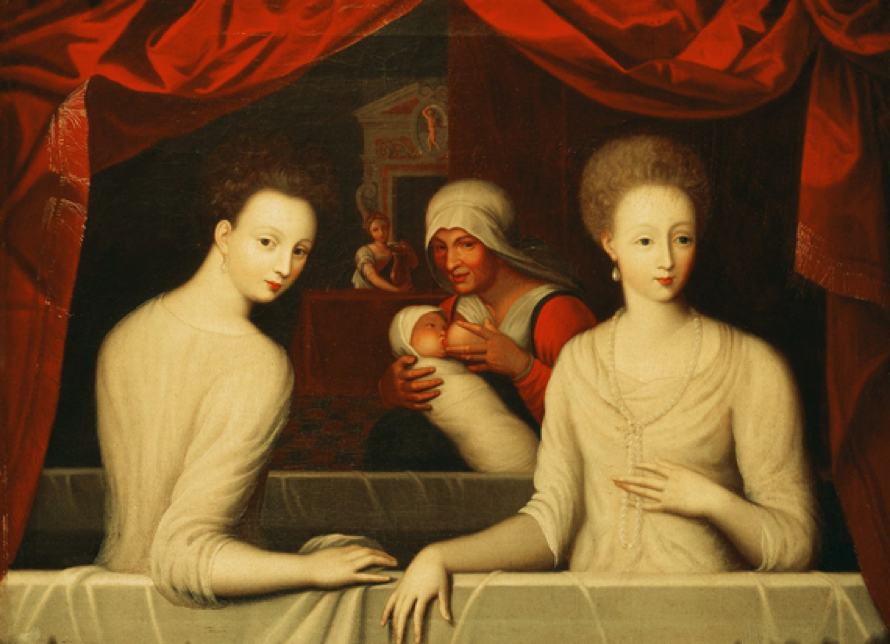 Despite obvious arguments of nature, the “wet nursing institute” surfaces early enough in the history of humanity, with the division of society into elites and plebs. We can read about “wet nurses” in ancient Roman texts: Roman matrons, from the considerations of glamour (so that beauty does not suffer and freedom of movement is not violated), entrusted their children into the hands of wet nurses – common healthy women, so they could breastfeed them.

Babies were breastfed by plebeians, by slaves. Upscale ladies and those who imitated them, tried to follow the “best role models”, were guided by them, just like nowadays teenage girls follow celebrities on their Instagram accounts. We know that the Golden Age Rome deliberately delivered cultural norms throughout the vast territory of its empire. The ancient world has undergone Roman unification in good and bad sense.

Refusal to care for their own children was perceived as an elite privilege, which remained in European culture for many centuries.

However, in Africa, Asia and Latin America this was not the case. Those women did not even consider the possibility of giving their children to the wet nurse if the mother was well and could breastfeed by herself.

Antiquity was replaced by the Dark Ages, and then the Middle Ages. It was a time when the preservation, rethinking, fixation of the cultural heritage, inherited from the imperial times, took place, including, the attitude to the child, to the motherhood. And again, breastfeeding was out of style. The main trend in the Middle Ages was abstinence from sexuality. We see this in both literature and art. Breastfeeding remained only in the lowest layers of the society, who simply had no alternative.

Thanks to the Carpenter’s Wife 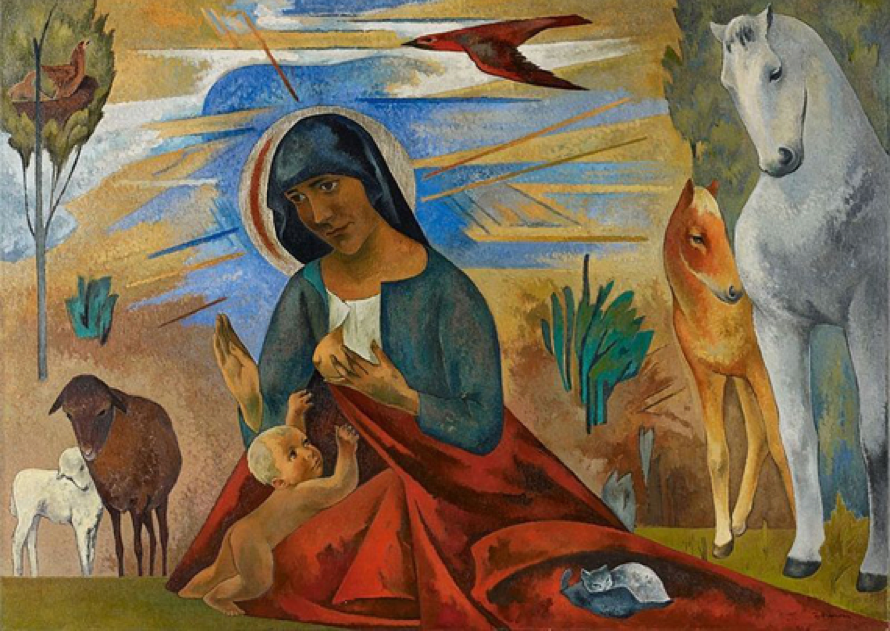 The end of “Women’s Workforce”

20th century was the time of “working women”. A mother who recently gave birth and is breastfeeding, is not considered a responsible employee. Capitalist system required many manual sill workers, so the early separation of the child from the mother was heavily encouraged by promoting and marketing the benefits of formula feeding from birth.

Such an approach was widely practiced both in capitalist and socialist societies. In 20th century France, there was encouragement of breastfeeding refusal at the state level – mothers were even provided with pills for the cessation of lactation right after the childbirth.
Prior to 1970’s, in USSR maternity leave was paid only up to 3 months after birth. Afterwards, mothers had to return to work by registering their children to daycare – and so did most Soviet women at that time. Since then things have improved for that part of the world, however, US has such system up until today! For example, Canadian women can remain together with their babies for over a year, so there’s no reason for an extended separation.

Breastfeeding as an “organic” fashion statement

Only in the past decade the old child bearing practices began to dissipate the world over. Political leadership realized that the quality of human genome, grown out of the formula fed children, is inferior to natural breastfeeding. We have entered an era of breastfeeding propaganda!

Soon it was replaced by fashion for breastfeeding, as well as for everything “organic”. Today many women perceive their failures with breastfeeding as a personal defeat. In the fight against inequality, international NGO’s are sounding the alarm: “Breastfeeding is becoming a class privilege”.

Sociologists say: we live on a planet where the educated and the rich are breastfeeding, and the poor and uneducated give formula to their babies.

Right after a child is born, parents rush to register him or her to a variety of educational classes. However, for the proper development of a child, all they require is their mother’s milk and being breastfed by her. Act of breastfeeding is complex: it nourishes the brain, soothes and stabilizes the nervous system, increases the overall vitality of the baby. About 20% of carbohydrates of human milk are not absorbed by the infant, rather it maintains the microbiome in the intestines of a child, regulating its microflora, immunity, creating resistance to infections. And this microbiome is individual by nature.

However, it’s not just about calories and microbiomes. Breastfeeding creates a unique and necessary bond between mother and child, even hormonal, which then becomes the solid basis for their relationship for the entire life. Such child grows up feeling protected and loved. Therefore, breastfeeding cannot be considered only as a way to get calories to the child – it is a deeper-rooted process of mutual communication, an additional language that cannot be decomposed into words. Warm touch of mother’s hands in combination with warm breastmilk is probably the most ancient and understandable instinct.

In her book The Continuum Concept: In Search of Happiness Lost (Classics in Human Development), Jean Liedloff writes that a child, who spends its first 6 months in the arms of an unconditionally loving person, regardless of the baby’s race or social status, he/she has much less of a chance in becoming an alcoholic or drug addict in the future. This is because the baby experienced the feeling of serenity, love and unconditional acceptance in the infancy.

It is not only the child, who benefits because of breastfeeding. Recently published studies point to breastfeeding reducing the risk of many types of cancer and cardiovascular diseases in breastfeeding women.

If the mother deliberately tries to teach the baby to be alone and self-sooth (all techniques of sleep training, feeding by the schedule, crying it out, you name it!), emotionally it does not receive what the child receives along with the breastmilk. Child forms frustration and emotional hunger and at the same time the mother gets an unconscious sense of guilt.

Is there an alternative to breastfeeding? 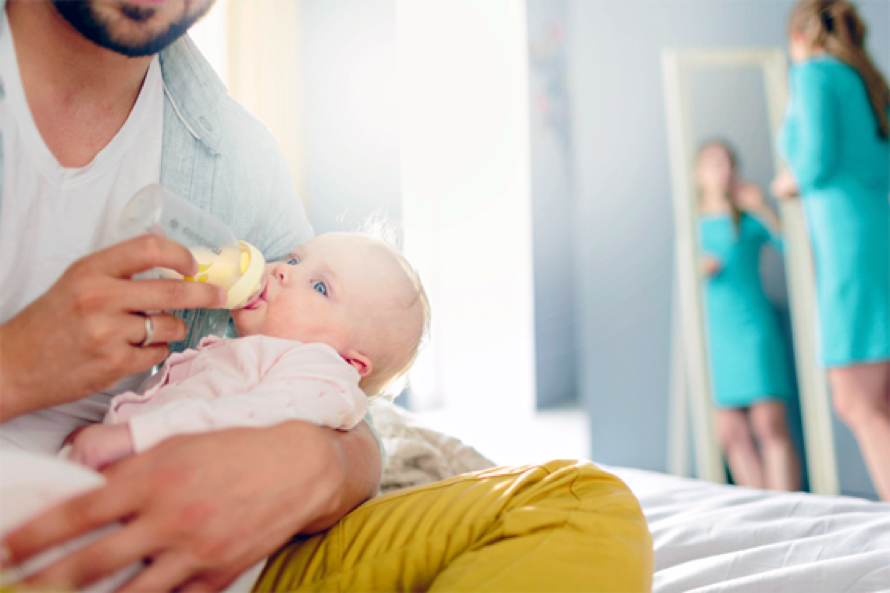 There are no such situations where a mother would be advised to give up breastfeeding. Not only is breastfeeding the “best choice”, it is the only option. All the rest is just a compromise, leading to child’s decreased quality of life.

According to WHO’s Global Strategy on Infant Feeding, the best option is their mother’s milk. Second option – donor’s breastmilk. Option number three — formula. If we deliberately choose not to breastfeed, and it is done not because of mom’s health reasons or some other extreme situation, we violate the child’s basic human right. Each individual has the right to the highest attainable standard of health and nutrition.

Arguments against breastfeeding do not exist in nature. This is the survival strategy of our species. Diseases or treatments with medication that are incompatible with breastfeeding are so few and so rare that we have very little chance of encountering such cases. If any in doubt, just check all meds, herbs and supplements you have to take at www.e-lactancia.org

In regards to the length of the breastfeeding, one thing is certain – every responsible mother is an expert of her child and she knows better than anyone else what is best for her child.

For example, WHO and all Canadian government standards recommend to continue breastfeeding for up to two years and beyond, if the mother and child want it. Moms who breastfeed longer, do it for some reason, something that may tell them that the child is not yet ready go without this kind of support.

Eventually, this precious period on life will come to an end. And it is up to you to decide what memories will stay with you forever. If you’re currently struggling with your breastfeeding or trying to put it back on track, don’t hesitate to search for help. Please contact us right away – here in Toronto and its area we can offer you our non-judgemental, professional and hands-on support and knowledge of very skilled lactation consultants.

If you require urgent help with breastfeeding: